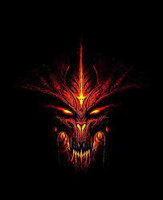 In the original Hebrew, the vowels B and PV about M e Th are not written

B - leads to becoming the absolute master of electromagnetic fluid in the gross world, the distance of the settlement of every disharmony in the human body or the material world, to the cure of every disease, also leads to becoming the master of life and death in the gross world and controlling all four realms - the realm of minerals, flora, fauna and humanity

P - is in analogy with everything related to the instinct of reproduction in plants, animals and humans in the gross world. Qualitatively, this letter is manifested in the gross world of a person in love for a child and an animal in the care of a young.

M - corresponds to everything that is liquid, so it affects the liquid state in the micro- and macrocosm, as a result also the magnetic fluid and the force of attraction in the gross world.

T - corresponds to all the laws of analogy of the three realms and controls their knowledge as well as their appreciation.

H - influences the "Be" in the gross world, by which it is said that this letter fulfills every gross desire.

A Kabbalist who deals with number combinations must enter his wishes 462 times, regardless of which key

- to the Akashic principle 2x

ALSO THE RITUALS ARE GENERALLY REPEATED 462 TIME TO STRENGTHEN THE NECESSARY VOLTAGE TO MAKE IT AUTOMATIC.

"The head of Christ, who was Baphomet, the idol whose worship the Templars were accused of" 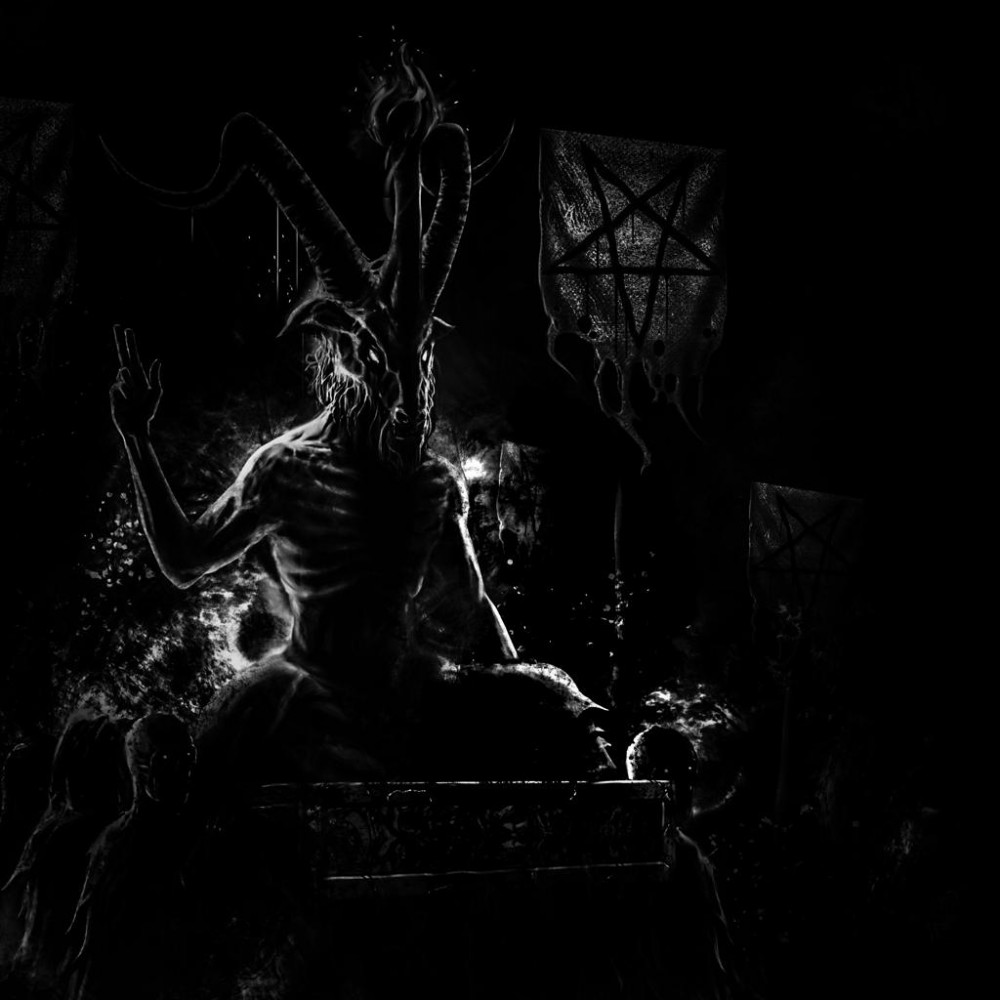 The symbol of Baphomet was used by the Templars as a representation of Satan. Baphomet represents the forces of hell, associated with the sexual fertility of the goat. In its pure form, the pentagram depicts a human figure in a five-pointed star - three vertices at the top, two pointing downwards - which symbolize the spiritual foundation of man. Pentagram is also used in Satanism, but since Satanism represents the bodily instincts of man, or the opposite of the spiritual side, it is used upside down - thus perfectly corresponding to the head of a goat. The corners - representing duality, are defiantly pushed forward, the other three points pointing downwards symbolize the denial of St. Trinity. The Hebrew characters in the outer circle of the symbol come from the magical teachings of Kabbalah, giving the word LEVIATHAN (snake from the water abyss identified with Satan). These characters correspond to the five vertices of an inverted star. 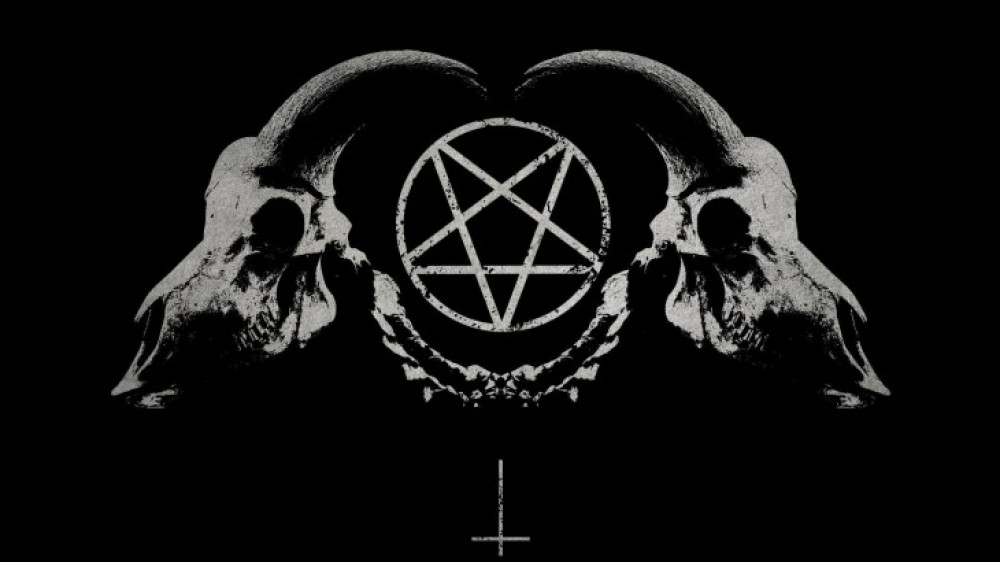 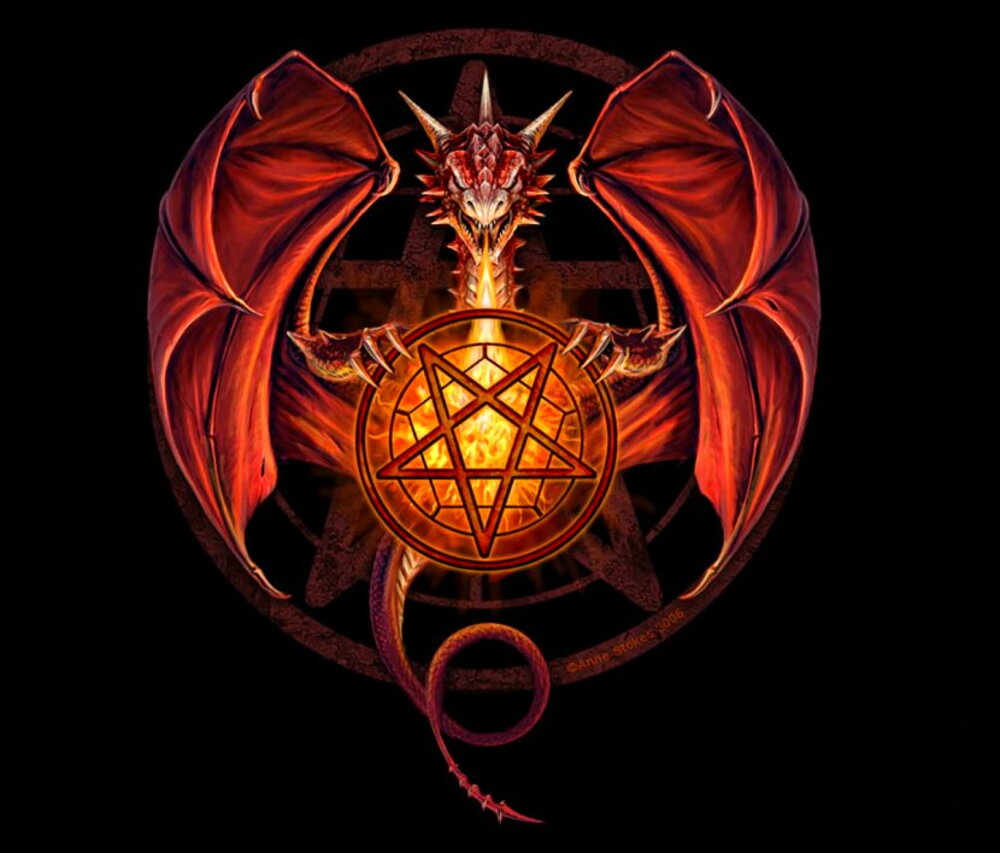 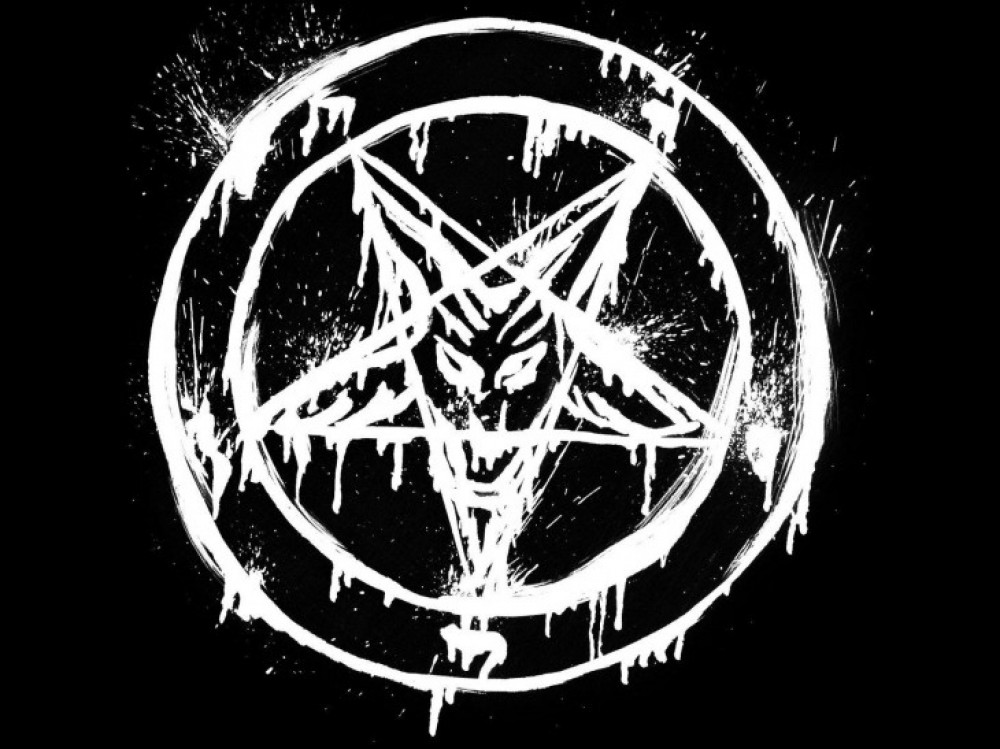