The galaxy in Andromeda (messier 31, M31) is 2.5 million light-years away, estimated to be 1.5 trillion Suns. At its core is a black hole (its weight is 40 million Suns). It contains about 1 trillion stars and its mass is about twice as large as that of our galaxy. 200,000 light-years is estimated to be average, 266 km / s is the speed at which it moves toward the Milky Way, and 200 km / s is the speed of the stars of moving galaxies, the diameter of our galaxy is 100,000 light-years.

Andromeda has 2 cores that are about 4.9 light-years apart. Andromeda = Ethiopian princess. 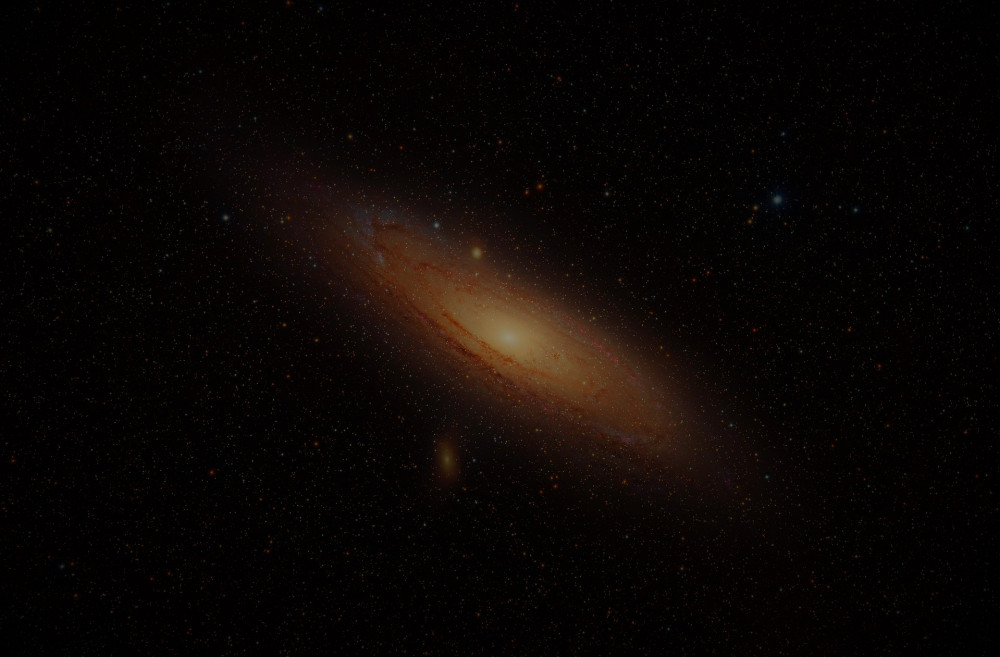