Lyra is a constellation in the northern celestial sky. It has been known since ancient times because it is one of the 48 ancient constellations described by the Roman astronomer Claudius Ptolemy. It is also one of the 88 constellations of modern astronomy. It borders the constellations Draco, Hercules, Swans and Foxes. In order of size, it is 52. Despite its smaller size, it is easily recognizable in the sky, thanks to the brightest star called Vega, which is also the fifth brightest star in the night sky. Neither Vega nor Lyra are circumpolar in the Czech Republic. 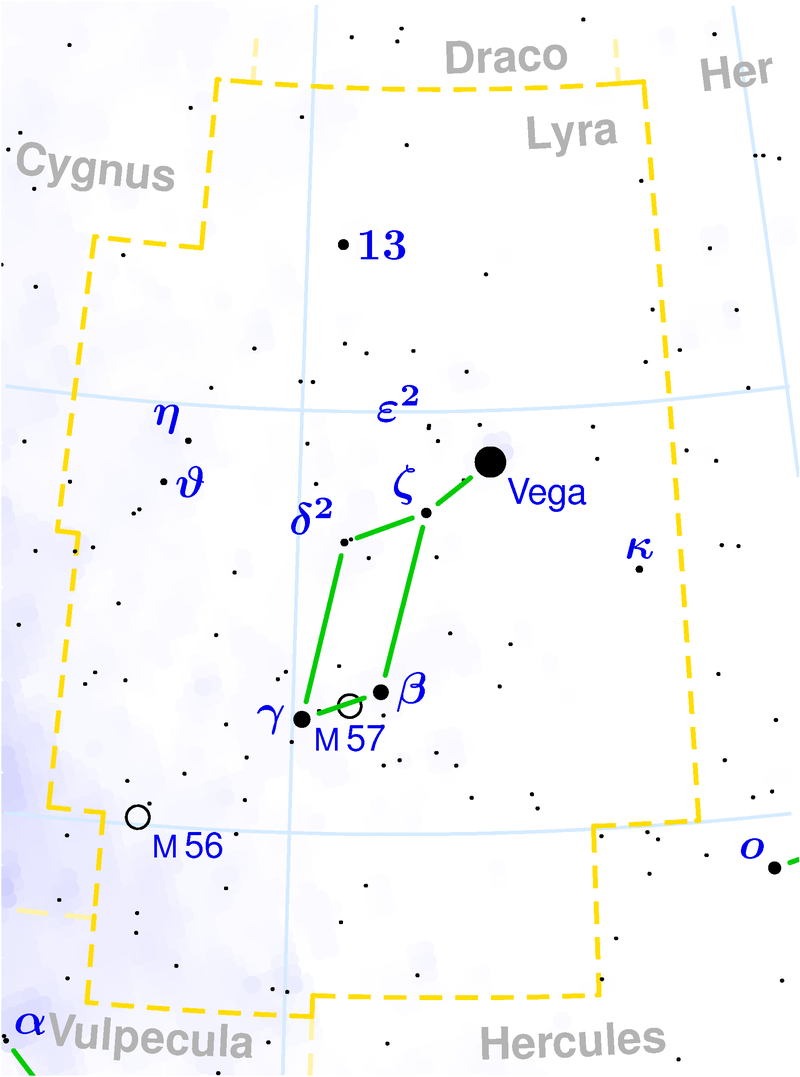 Together with the brightest stars, Vega forms the constellations Swan and Eagle, the so-called summer triangle. Thanks to the precession of the Earth's axis, around the year 14,000 it will get close to the North Celestial Pole and thus replace today's Polaris for orientation purposes.

Due to the fact that its stellar size is close to 0m, it was used in the 18th century as a calibration star for adjusting the scale of stellar sizes, which is no longer the case today. However, because it has a very flat spectrum in the field of visible and near-infrared radiation, it is still the standard for determining the so-called color index in the UBVGRI system, where all differences are set to zero.

Vega is a relatively young star when it is around 300 million years old. It has long been known to be surrounded by a protoplanetary disk. In 2003, British astronomers calculated that the properties of the protoplanetary disk could best be explained by a planet similar to Neptune. A protoplanetary disk is a flattened cloud of dust and gas in space that rotates around an emerging star or around a star that has just formed. Over the course of millions of years, small particles in the disk gradually begin to cluster and collide with each other, leading to the formation of smaller bodies acting on each other by increasingly stronger gravity - the so-called planetesimal. From them, protoplanets and later their own planets are formed by collisions.

The protoplanetary disk probably formed the solar system more than 4.6 billion years ago. 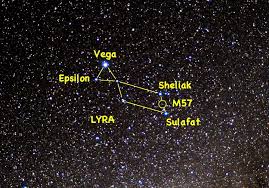