Alpha Centauri (α Centauri, abbreviated α Cen) is a three-star and with its distance of 4.37 light-years (1.34 parsec) - which is more than 40 trillion km - a spaceship would take millennia, a probe of 2 decades! It is the closest star system to the solar system. It consists of three components: a common pair of Alpha Centauri A (also known as Rigil Kentaurus) and Alpha Centauri B (also known as Toliman) and a small and visually weak red dwarf Alpha Centauri C (also known as Proxima Centauri), which can be gravitationally associated with components A and B. To the human eye, the two main stars appear as a single point with an apparent magnitude of ,20.27, forming the brightest star in the constellation Centaurus and the third brightest star in the night sky after Sirius and Canop.

Proxima Centauri (α Cen C) is located 4.24 light-years (1.29 parsec) from the Sun, making it the closest star to the Sun, although it is not visible to the naked eye. The distance between Proxima and the binary Alpha Centauri AB is 0.2 light-years (approximately 0.06 parsec or 15,000 astronomical units). In 2016, an exoplanet, similar in size to Earth, was discovered near Proxima in the habitable zone, which was designated Proxima Centauri b. 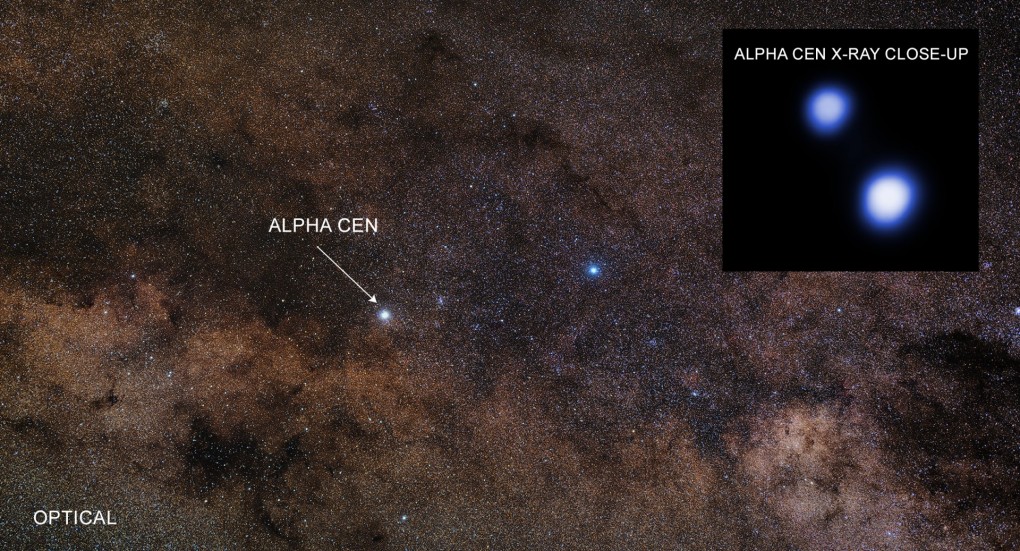 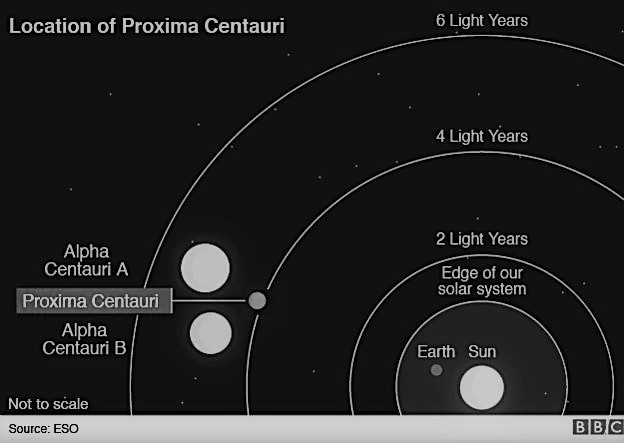 Just for fun, Mars is only 70 million kilometers away.

A star is an object that generates the vast majority of its active life with light and heat through a nuclear reaction - primarily by melting hydrogen atoms. As these atoms fuse, heavier helium is formed, and the star's mass decreases as it is converted into energy. The fusion begins in the nucleus when the optimum temperature required for this reaction prevails. The interior of our Sun is heated to about 15,000,000C and has a density 15 times greater than the material density of lead. Our native Milky Way galaxy produces about one new star in one year, but the recently discovered Phoenix galaxy has up to 750 stellar newborns in a single human year.